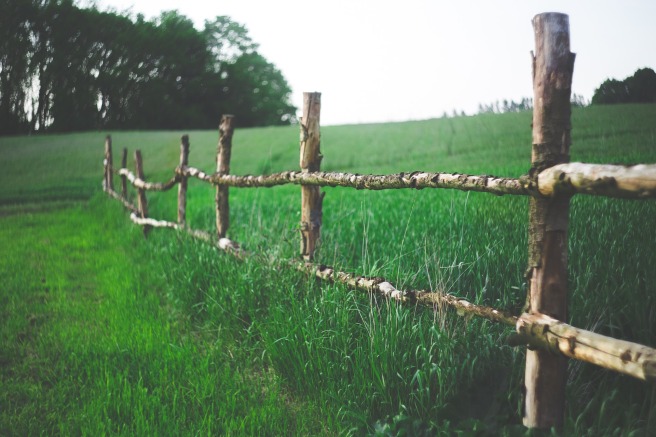 My mother had seven children in thirteen years, six of whom were born while still in her twenties. One died in utero before my entry into the world. I am number five of seven. Four of my siblings and I were born in the 1950s, byproducts of a rough and tumble marriage during the baby boom era.

The Vietnam war and civil rights movement were in their infancy, and race relations, here and abroad at an impasse. Communities throughout the country were segregated. It was worse in the south; towns were besieged with signs that read: “No Coloreds Allowed” and “White Only.” Mixed-race unions were anomalies. Lynching’s and cross-burnings were public get-togethers, where entire families dressed up and cheered as they watched scorched human flesh dangling from limbs of hundred-year-old oaks.

It’s a wonder any marriage survived when tensions of the 1950s and 1960s pervaded the air like burnt grease smoking on an open flame.

My parents moved north during the latter part of the Great Migration. My father accepted a management position with Sears, Roebuck & Company (as it was then called). He was one of the first black employees in the West Hartford store location. I was four-years-old and beginning kindergarten. I had not seen or heard a white person until we moved to Connecticut.

Back then, some women in mid-century America had the opportunity, if not the privilege, of staying home to raise their families and be homemakers. My mother, with six children in tow, found it difficult to keep up with house and husband while working outside the home, so she was considered “fortunate.” Many households, no matter the era, depended on two incomes to survive, so mom did regular seamstress work at home to earn a few extra dollars.

We, if only for a few short years, lived a happy, middle-class life. We enjoyed simple pleasures: safely playing outdoors until nightfall; taking weekend jaunts to Batterson Park or to the oldest continuously running amusement park in the country; surprise trips to Guida’s Dairy for ice cream cones and sundaes on a hot summer’s day; leaf-peeping atop Mohawk Mountain in the fall; building forts in the snow during winter’s frequent blizzards.

Then, the arguments and fights started. I was too young to know why but old enough to remember running, in pajamas, single-file across the street to the safety of our neighbor’s welcoming arms. The Pierce’s home became our calm amidst the storms.

The fights continued for a few years until at last, my mother had enough. Tensions, palpable and heightened on the streets, finally hit home. My parents divorced three or four years after moving from an apathetic life in the south to the strangeness of the north, far away from family, friends, and familiarity. I will never know if that was my father’s modus operandi: to get mom away from all that was sacred to her, to have her (and his children) to himself. Or, did she too wish to be an eager partaker of the Great Migration’s promises of social liberties and economic opportunities? I believe they both wanted to experience a better life: my father, a long way from his Michigan birthplace, and mom, a long way from freedom.

The next decade defined much of who I am. My mother spent the last eight years of her life receiving public assistance, unable to hold down a job because of her affliction. I recall mom always talking about “her nerves.” Unbeknownst to me or my siblings was her battle with epilepsy and the grand mal seizures she suffered almost nightly that would render her lethargic for days at a time. On the rare occasions when she had an “uneventful night” and slept well, she felt good the next day. I was always happy to see her perky and feeling as beautiful as she looked. She could light up a room!

When I think back now, I recall mom having fewer days of joy and more days of feeling downtrodden and alone. Maybe she suffered from depression. I don’t know. What I do know is her smile, once broad, her eyes, lively and bright, diminished over time. Although mom put on a happy face for us, deep down I knew she longed for a different life. She missed her family and the pastoral setting of “the farm” of her youth. When we did get a rare glimpse into her life, it was through her writings, and paintings of barns, and long, winding country roads, splintered fences bordering bright green fields of overgrown grass, and sugar maples turning red and orange. Holidays she would recreate Grandma’s homemade sweet potato pies and cornbread stuffing. I believe she summoned those recipes from a deep longing in her soul to be near her parents once again.

Soon, fate intervened to answer the fervent prayers of a woman forlorn and weary. On a mild spring day, mom, at the age of 41, collapsed dead on our living room floor. I was fifteen years old, selfish and bothered by life as I knew it. I had not yet experienced loss in the way she had.

Mom, I now realize, had lost her way in life. Her pledge to live “until death do us part, so help me God” was lost in an irreparably damaged union. She forfeited the fairytale ending many girls have of living unscathed and happily ever after. With distance and regret she lost the parents she loved and the twelve brothers and sisters she grew up playing beside. She lost the prospect of again running through red clay in bare feet, of chewing sugar cane on an open porch, of hearing freight trains echo in the distance, of smelling honeysuckle perfume the early summer air. She lost the opportunity to share more of her voice with the world and with her progeny and their children and their children. And, I saw my mother lose faith, ripping to shreds her beliefs, cursing preconceptions and ideologies, while holding on with dear life to her convictions.

Knowing what I now know about life and the pursuit of happiness, it is irresponsible of me to assume that mom died unfulfilled.

I often imagine, what if she, like Jesus, gave up her life, so her children could live? I’d like to picture her fully aware of the power she possessed, to alter with one prayer or many, the course of her children’s lives. I’d like to believe that my mother held on to her faith, with a final exhortation to God, “Let my children’s lives be better than mine.”

My siblings and I are fortunate. Through ups and downs, we each have lived purposeful lives. We are productive and healthy, with every need met. We all have had service-inspired careers. Collectively, we have traveled the world and have enjoyed comforts I could only dream of sharing with my mom. In many ways, our lives are better than hers.

I have been [happily] married almost forty years. Three of my siblings have long-term marriages too. I often boast of the incredible four children and six grandchildren my husband and I were gifted. Mom never got to meet them. But perhaps she has. One day, I hope to find out what happens on the other side. Perhaps nothing. Or, maybe something wilder than the imagination can conjure. Until then I will continue to believe that mom’s prayers directly influenced the direction of not only me and my brothers and sisters’ lives but our children and grandchildren too.

My siblings and I have meaningful relationships with our aging father and his second family, getting together with them in Michigan at least once a year. My youngest sister, a result of my father’s second marriage, is biracial. I have nieces and nephews born from interracial marriages. My life hasn’t been black and white for a long time.

I long for the day when I don’t see color when I look at you, or my step-mother, or my nieces and nephews.

Although I have experienced racism, discrimination, and inequalities, it is not nearly as bad as my parents or grandparents, or even still, their parents who were born enslaved. Despite today’s divisive culture, our children will hopefully thrive in a color-filled world that knows less intolerance and more empathy. I must believe that, even though the weak underbelly of society is wrought with tapeworms, we will produce the panacea that will heal a broken world.

It’s been said: “If you don’t see my color, then you don’t really see me.”

Before birth, a spark ignited our collective consciousness. We were neither black or white, male nor female; we were one in another. When that same spark carries us back to a place of remembrance, we will not see skin color or orientation, only light. I believe mom, with her final breath on earth, remembered. We will all one day remember.

While living, we get pointers directing us in the way. We get feelers that say, “I am you.” We smile when a baby is born or when we look into our pet’s eyes or hold a friend’s hand. We harness that part of ourselves that can work together when disaster strikes. We feed the hungry and clothe the poor. We feel. We laugh at stupid jokes. We cry at the movies. We connect somehow.

Sometimes I acknowledge the light in me in you, other times I fail to recognize it at all, though it might be glaringly apparent. When we empty ourselves of the excuses that keep us separate, we will, at last, see ourselves through each other’s eyes. We are the alchemist. The elixir is hidden within. The light shall set it free. Today, I will illuminate.

Writing about everything between the lines. View all posts by melaniepatrice

8 thoughts on “Remember You Are the Light”